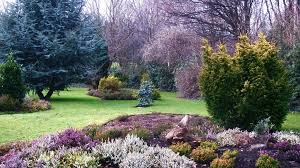 Where I Grew Up 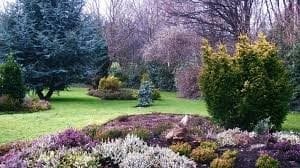 I grew up in the friendly neighbourhood of Ballsbridge, Dublin 4 approximately 2km south of the city until I was eleven years old. Then we moved to a house in Donnybrook a short distance away. In the late forties and fifties  with little traffic about, I grew up a robust  adventurous child, in a world of simplicity almost untouched by outside influences.

Our home, number six Beatty’s Avenue was in the middle of a row of one-story cottages facing the Dodder River.

Ballsbridge, named after Mr Balls who built and owned the original wooden bridge.  In 1791, a three-arched stone bridge was built over the Dodder River, and it was here I found all the fun and excitement I needed by getting into all kinds of scrapes and mischief.  Back then, two families occupied one cottage.  My parents brought up five children in two rooms on one side of the shared concrete hall. It ran from the front door to the back.

Outside a wash-line, fuel bunker with turf and logs for the fire, a shared water closet and a communal water tap was the norm. Our front garden was a joy as my father was a professional gardener. We had a summer house, grass with flowered borders. Against the wall overlooking the avenue a trellis covered with roses and sweet pea. I still remember the sweet smell of the lilac tree.

Our Landlady, Miss Beatty lived at the top of the avenue. We never saw her. She employed a man to collect the five shillings rent each week.  Being a curious child, I had to contain the urge to knock on the brass knocker in the hopes of getting  glimpse of Miss Beatty.

In spite of having to make our own fun, like swinging on a rope around the lamp-post, skipping, chalking squares on the pavement, playing hide and seek in the park and forever falling into the duck pond.  These were some of the happiest times of my life. We had all the amenities we needed close at hand including a library, and school was within walking distance. My favourite shop was Herbert House, where I bought a pennyworth of Honeybee, four for  a penny.  But  any opportunity I got was spent by the Dodder Wall observing the swans. They arrived along the river bank at the same time each year.  I loved watching them dip their long slender necks under the water and emerge flapping their wings having gained little for their effort, then float down the river, long pieces of grass and mud dangling from the beaks. I watched them fetch twigs and grass, Cob and Pen working side by side until their nest was rounded and perfect. The Pen, then fluttered her wings, fidgeted and nestled down onto the nest. There she stayed guarding the eggs until the cygnets were hatched. At this point, I would run inside to tell my mother and everyone came out to see the shaky, fragile chicks chirping happily under the watchful eye of their parents as they bobbed up and down on the river like balls of yellow fluff. Within weeks, their feathers changed to a murky grey, and it was a full year before they turned into white beautiful creatures ready to explore pastures new.

We were lucky to have the added pleasure of living close to the Royal Dublin Show. Each year this it brought a hive of activity and traffic to the area. Show jumping was the main attraction and together with agricultural exhibitions helped put Ballsbridge on the map. We could never afford the money to get in, so my friend and I used to sneak in when the door man was occupied.  I wanted to see the show jumping but I never managed to sneak into the enclosure.

As a innocent child, my head full of adventures, I was oblivious to the struggles my parents had bringing up five children in a two-roomed cottage. They were amazing and if it hadn’t been for my mother’s patience, kindness and dedication to her family in times of real hardship, when just keeping us fed was a trial, I might not have been the happy go lucky child I was. My first teachers were good and the important values they passed on have stood me in good stead for most of my life.

On a recent visit to Ballsbridge in October of this year, I felt a rush of excitement to see the cottage where I grew up.  The river was in the process of being dredged as the cottages had been flooded twice. A high wall now replaces the low dodder wall. My debut novel, Shadow Across the Liffey, is set there and I had the pleasure of donating a copy to Ballsbridge library, the same library I frequented as a child.

Office blocks, apartments, coffee-houses restaurants and hotels replace the small shops and businesses of my childhood. The unusual circular glass building of the American Embassy, fits nicely into the triangular site on the corner of Elgin Road, close to the bridge.  Attractive to the eye when viewed in any direction. It is an expression of the close relationship between Ireland and the United states.

Dublin 4 is now arguably Dublin’s most exclusive address boasting the highest real estate prices in Ireland with asking prices of up to €10 million for a single property. Only the rich and powerful now live here. However, I still recognize it as the playground of my childhood, the place where I grew up.

On her deathbed Aileen’s mother reveals a secret she has kept for eighteen years, and pleads with her daughter to fulfill a last wish. Torn by grief Aileen leaves Dublin, the Fair City, and Dermot, the man she has grown to love.

Lonely and vulnerable she unwittingly befriends a sales rep at the seed mill where she has found work. Suddenly her life becomes entrenched with danger. On a visit back to Dublin Aileen discovers a devastating truth, but her mother’s last request is still shrouded in a mystery she is determined to unravel. When she finally decides to return to Dermot, and the family she loves, will the secret she too is now hiding tear her and Dermot apart?

Cathy is an experienced writer of romantic fiction. Her early work was competition short stories and articles published in national magazines. She was Editor in Chief of the Leicestershire Anthology, ‘Taking Off’, a book promoted and supported by Arts Council UK.

In recent times Cathy has turned to writing full-length novels that are set in Ireland/England in 19c. Having lived her childhood years in Ireland, all of her work has that touch of authenticity, faithfully depicting the lifestyle and hardship of Irish families in those days, together with the passions and emotions of her characters, when they become wound up in intricate criminal plots.

Readers of Cathy’s novels are transported to a distant time, with page turning tension, holding tears and laughter in equal measure.

Cathy debut novel, “Shadow across the Liffey,” published with Tirgearr Publishing, was a finalist in the R.N.A.’s Joan Hessayon Award in 2013.  Cathy’s fifth book, Dublin’s Fair city is due for release on 5th February 2016. All five books are contracted with Tirgearr and Magna for library large print and audio.

Cathy was a contender in the TV programme Food Glorious Food with her recipe, Cathy’s Crumbs Crumble in 2012

Troy is a freelance writer, author, and blogger who lives, works, and plays in Boise, Idaho with the love of his life and three very talented dogs.

Passionate about writing dark psychological thrillers, he is an avid cyclist, skier, hiker, all-around outdoorsman, and a terrible beginning golfer.

You have Successfully Subscribed!