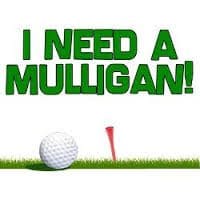 Look at the word count to the right of the page. See the Good Shepherd? There were a lot of words on that bar. They’re all gone.

That’s right. I am starting over. Even though I have said before that going backwards is rarely a good idea. In this case I think it is. I have started and stopped this novel several times, and never been really happy with the results. So when NaNoWriMo came around this year, it seemed a good time to start over.

For the uninitiated, NaNoWriMo is National Novel Writing Month, a time when thousands of authors around the country come together and write novels at the same time, at the blistering (for some) pace of 50, 000 words in a month.  It’s tough, filled with meetings called “write-ins” where authors gather, put in earbuds or place headphones on their ears and write in the same room with goals like 1000 words an hour or other ludicrous games.  Coffee is consumed in copious amounts, and families are neglected.

In the end, a large percentage finish, a few publish, and all move on, with the goal of doing the same thing the following year. Some don’t even write, or write very little the rest of the year. While that is not the case for me, it has been a time of change and fluid schedules for me since the summer, and writing projects like The Seventy and Good Shepherd that I had hoped to finish have languished.

Not this month. Watch this space. Watch the word count rise and surpass its previous marks. It is a Good Shepherd Mulligan Month. Now shhhh. I am off to write about the Valley of the Shadow of Death.